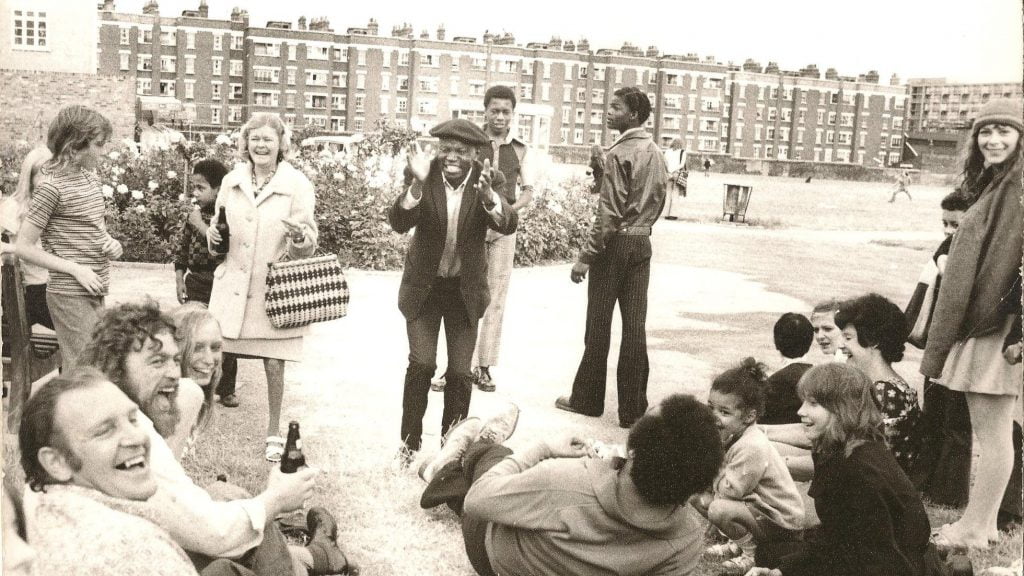 The Story of Oxford House Exhibition

‘The House and all that for which it stands shall not die, but shall blossom in the future from the new life which has been born in it during this year of suffering.’

Oxford House has played an important role in the local area since 1884. Our building and its occupants have lived through major global and local events, including the Industrial Revolution, two world wars, visits from radical thinkers and changes within Bethnal Green’s communities.

This large scale timeline and exhibition in our gallery shares some of our extraordinary story within the wider context of a changing East End.

In this timeline you’ll learn about the weird, wonderful and moving history of our building and the people who have made it such a special place since 1884. See if you can spot local landmarks including E Pellicci’s, England’s 1966 World Cup victory and a special visit from Ghandi in the 1920s.