DONATE
HomeBlogVolunteerSpace HireAbout Oxford HouseContact UsPrivacy Policy
Blog > Is it a bird? Is it a plane? No! It’s Super Kid (a.k.a. Eddie Marsan) 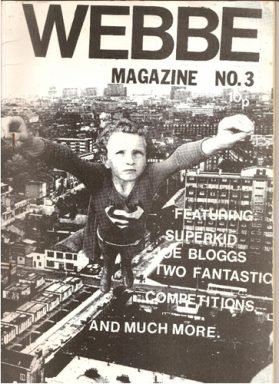 Running a youth club was at the heart of Oxford House for decades. Established in 1888 and named after H.B. Webbe, the famous cricketer and philanthropist, the Webbe Club was Oxford House’s youth wing. Originally only for boys the Club changed over time, accepted girls and morphed into the youth club that many remember from the 1970s and 1980s.

The Webbe Magazine had a short but very full existence. It was also noticeable as the starting point for two young people and their careers in the cartoon and film and TV world.

Enter Super Kid, created by Alan Mitchell in his role as editor of the Webbe Youth Club Magazine starring a young Eddie Marsan as Super Kid.

As Eddie recalls, “The most important thing to me was how Alan’s creativity and kindness changed my life and the lives of countless other kids in Bethnal Green.”

Janet also remembers the determination by all the young people 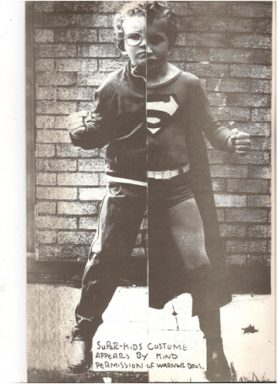 involved to make the magazine a success. “They really stuck at it and produced, by hand, every copy of the Magazine.”

Alan Mitchell sadly passed away last year aged 55. After Oxford House and Super Kid he went on to be recognised as a talent in the world of comics. He is probably best known for co-writing “Third World War” with Pat Mills. He also co-founded Buzz Comics and is warmly remembered in the comic world as a “fantastic writer and a great guy… [who] wrote some powerful and important political, hard hitting, and funny observations about modern life.” 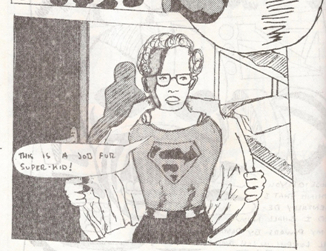 Eddie never looked back after his starring role as Super Kid. Leaving school at 16 he began his career in theatre and moving to a television and film career. He’s worked with some great filmmakers including Martin Scorsese, Mike Leigh, and Steven Spielberg and can currently be seen in Ray Donovan. He’s also superb in Happy Go Lucky and 21 Grams, two of my favourites.

Oxford House and Eddie with the help of Alan’s family and friends would love to host a retrospective of Alan’s comic work in the Oh! Gallery.