Blog > From Oxford House to Local and International Stardom

From Oxford House to Local and International Stardom 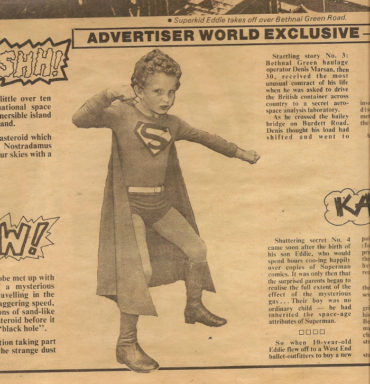 Stories of stardom usually begin with big dreams in a small town. For these stars, however, their story begins at Oxford House in Bethnal Green. The many youth clubs of Oxford House witnessed the first steps of international stars like actor Eddie Marsan and Public Image Ltd bassist Jah Wobble. Bethnal Green’s local stars Nev and Anna Pellici of E. Pellici also spent their spare time at these clubs.

Stepney-born actor Eddie Marsan has starred in acclaimed films like Happy Go Lucky and Guy Ritchie’s Sherlock Holmes, where he plays Sherlock’s friend and enemy, Inspector Lestrade. Little do people know that Marsan’s his first acting role was for the Oxford House-based Webbe Magazine. At the age of 10, Eddie became Superkid, a Superman-inspired character and the star of a comic strip written by youth club member Alan Mitchell. The story follows the adventures of Superkid as he restores peace to the world. 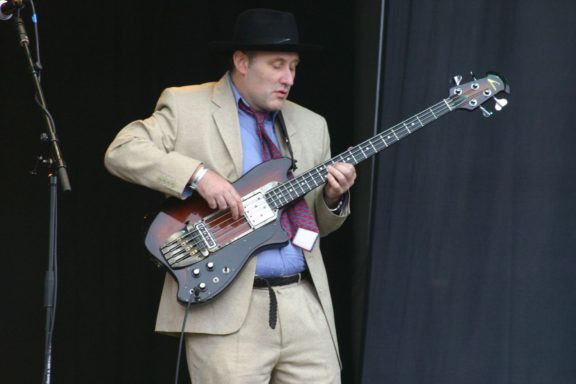 Jah Wobble, another Stepney local, rose to fame as the bassist of Public Image Ltd, the band formed by his long-time friend John Lydon after the Sex Pistols—where he had been the lead singer—split up in 1975. Public Image Ltd’s first single, Public Image, was a top 10 hit in the UK. Before recording and touring with the band, Wobble visited Oxford House regularly and participated in some of the clubs.

For Nev and Anna Pellici, their stardom is more of a local thing. The siblings run E. Pellici, a restaurant on Bethnal Green Road that has been in their family since the early 1900. Time Out 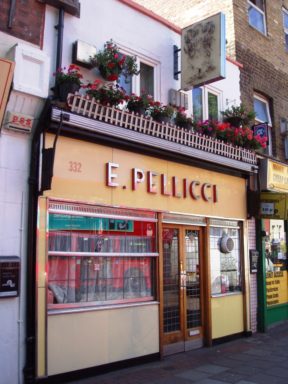 London has called it ‘an East London landmark’, attesting to the fame it has gained in the neighbourhood. However, it is not only locals who visit it; behind the counter, the Pellicis keep an album documenting the vast number of celebrities who have stopped by.

Both Nev and Anna Pellici were regulars of Oxford House during their youth. Nev attended his first rave in the House, and recalls ‘going up there, my friend Jamie was on the decks, he was the DJ. They brought all their record collection… It went on until 5 o’clock in the morning because Errol [the senior youth worker] was looking after us. It was nice’. His sister Ana, on the other hand, remembers her Monday nights at Oxford House: ‘There was music on, and you would have a shot of pool, and you’d have a squash, it was lovely Monday nights.’

In its 133 years of history, Oxford House has witnessed the first steps into stardom of performers like Marsan and Wobble, and of local celebrities like the Pellicis. The question now is: who will be the next star to rise from Oxford House?