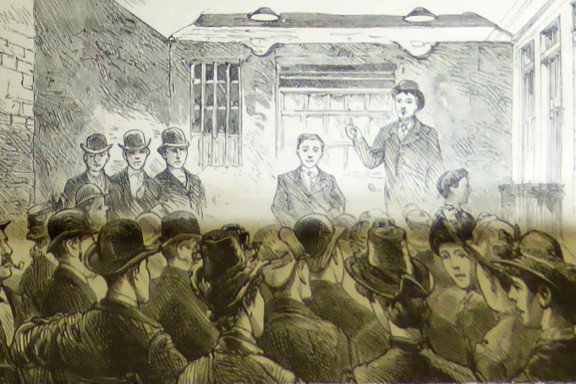 The Oxford House Musical and Dramatic Association was formed for the purpose of providing the people of the local area with entertainment. A large stage was built for the Association Orchestra, which contained over 50 performers. In 1913, 14 performances were given in the first half of the winter season. They were attended by a total of 14,300 with an average of a little over, 1,000 per performance providing good entertainments for Bethnal Green at moderate prices.

At the time, a Choral Society was also formed and the large stage was built for the Association Orchestra in the Excelsior Hall, which contained over 50 performers.

“Music and Drama of high order have a most important part to play in the social regeneration of the masses living under more or less squalid condition, and that low standards of entertainment should hold no place in the future, the poorest and least educated being quite remarkably sensitive to what is best in Music and Drama” Oxford House Annual report.