Until 1898, Bethnal Green had no public hall or swimming baths. Oxford House changed this. Acquiring the Excelsior Hall on the opposite side of Bethnal Green Road for £4000, they set out to make it the centre of social life in Bethnal Green. The aim of all this was to improve the people of the East End: in 1910, Oxford House’s annual report claimed that weekly concerts were ‘doing much to educate the musical taste of Bethnal Green’. 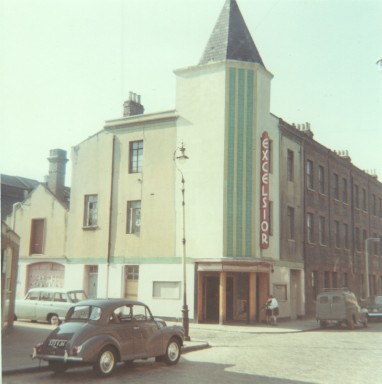 In 1903, Oxford House’s Musical and Dramatic Association produced fourteen shows, ranging from Carmen to Haydn’s Creation. A thousand came each night. In the summer, the floor of the theatre was taken up and hundreds flocked daily to two swimming pools. 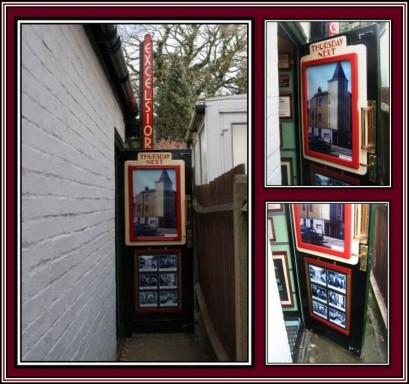 In 1921 the Excelsior was permanently converted into a cinema. Oxford House spoke of its concern ‘to improve and enlarge the minds of those who came as opposed to the deteriorating effect which most cinemas, alas, have on those who patronise them’. So, alongside the films of Charlie Chaplin, a weekly lecture programme was set up on subjects ranging from international affairs to the dangers of the popular doctrine of eugenics. One highlight came with the visit of Queen Mary in 1928, who was treated to a showing of the film Chang and a performance by the choral society.

With the advent of ‘talkies’ and the opening of York Hall in 1929, the Excelsior’s money troubles began to worsen. Gradually, Oxford House’s musical and dramatic productions moved elsewhere. But it continued to show films into the 1960s, even briefly converted into an Urdu cinema before its final closure in 1969.