Workers and Welfare: Living Conditions of the 1800’s East End

During the late 19th century, just before Oxford House was established in the area, Bethnal Green was one of the poorest and overcrowded areas of London. Most of the people who lived and worked in the area were labourers in the furniture making business, or fruit sellers, but no job was prosperous and the majority lived in poverty amongst other families. A census taken of the area revealed that a total of 3512 families were weavers in Bethnal Green alone, along with countless other low pay professions. The drastic increase in population in Bethnal Green between 1801 and 1831 degraded the former village into an overpopulated slum. 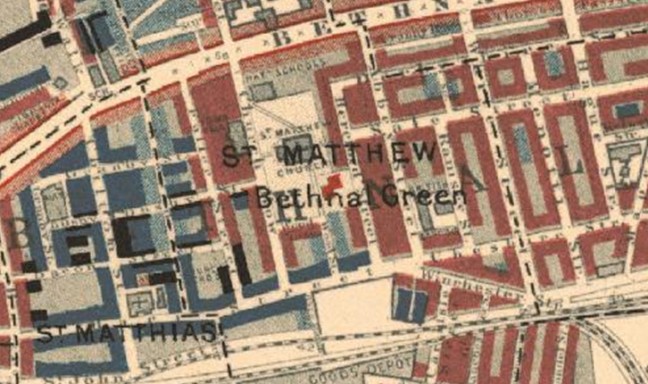 The overcrowding of houses was a huge problem for this area, as large and under privileged families shared their small homes with other large families. Disease spread by these close living quarters was common, especially chest infections and rheumatism, caused by the unrelenting damp from sleeping in one room. Typhus was also a worry due to stagnant water, leaking sewage and waste from houses building up in the streets.

Workhouses were well established in the area; however social conditions for these would often be worse than the overcrowded homes of the labourers. St Matthew Parish Workhouse is recorded opened in 1777, with a further two opening up on Waterloo Road and Well Street. The Waterloo Road workhouse was subject to a journal article by the Lancet in 1869, which described its conditions; lighting and ventilation were poor; in the sick ward, there were only two trained nurses for up to 600 people; washing facilities were lacking and up to 17 children would be cleaned with the same small bucket of water; the diet was lacking nutrition and meat. 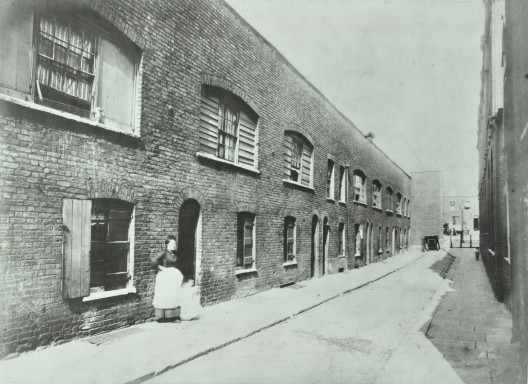 Was it better to be in the workhouse or the slum? By the time Oxford House was set up, increasing changes to welfare legislation were taking place, with the demolition and rebuilding of better housing already occurring. This would, in time, help raise the quality of life for residents of Bethnal Green, and help to establish it not as a slum, but as a thriving community.